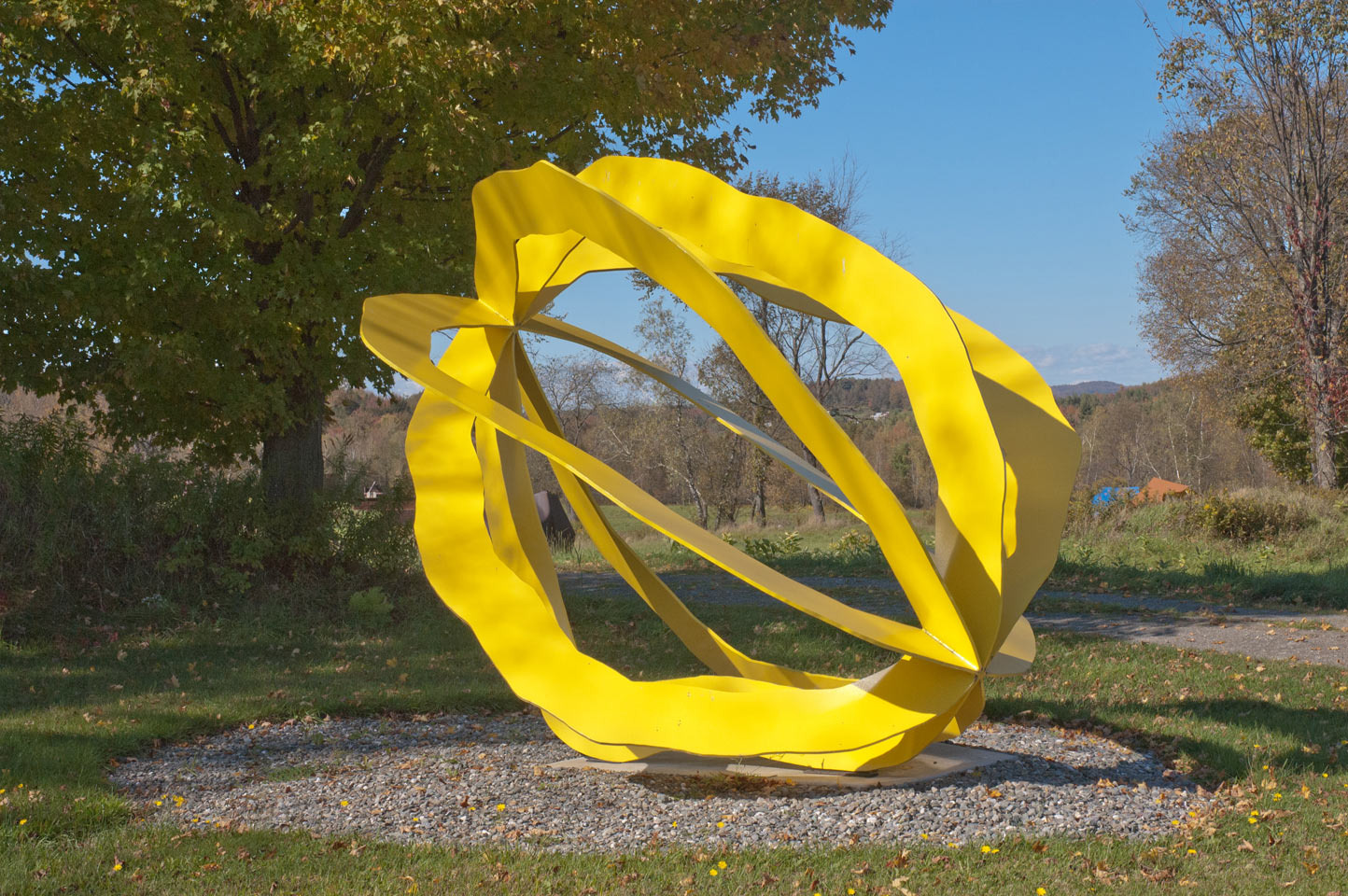 Inspired by a small field stone that I found in our meadows, I thought long and hard about its fascinating surface, its form and how that form both hides and reveals its “inner spirit”. Over the course of two years, I created seven large works, five in steel and two in resin as well as a series of small sculptures, all resulting from this exploration.

The outer edges of the eight planer pieces of “Banded Rock” reflect the stone’s surface profile, shown here in the model. 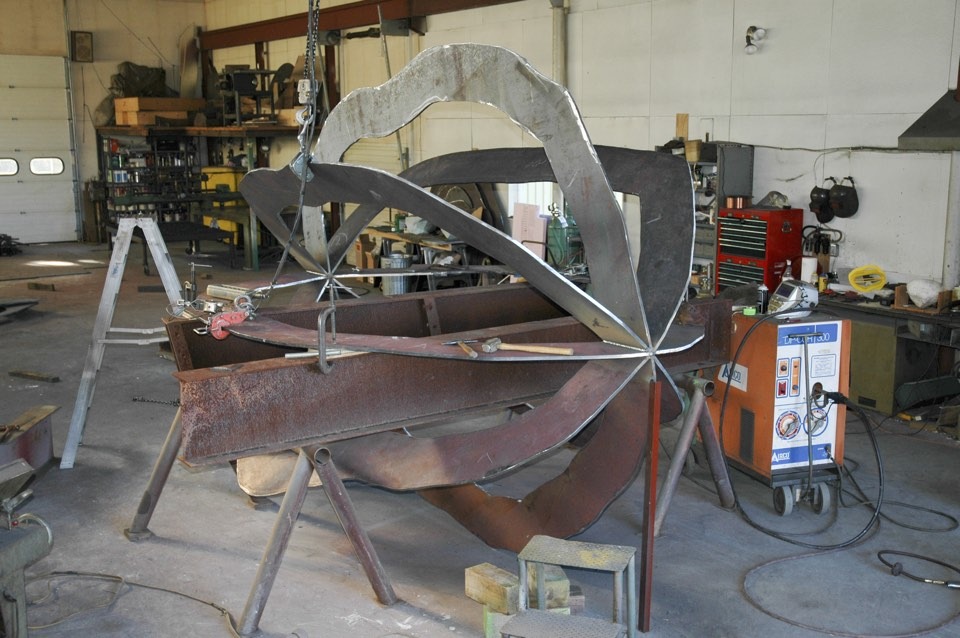 Once the parts were cut from 5/8” steel plate, I assembled them as shown here. 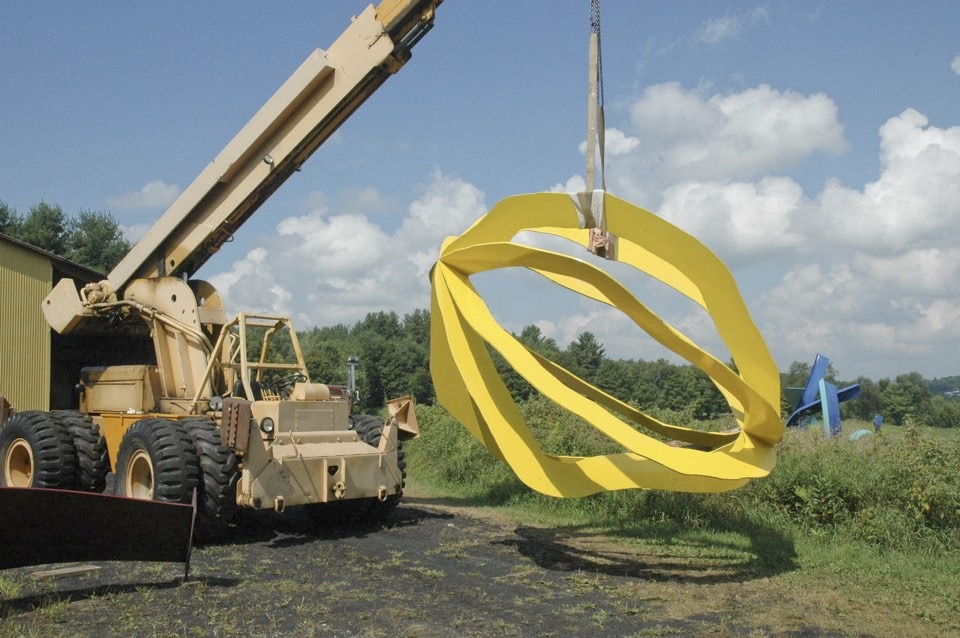 After sandblasting, priming and painting, the work is on its way to the meadows from whence the small stone came. Since then, it has been exhibited at several other locations.